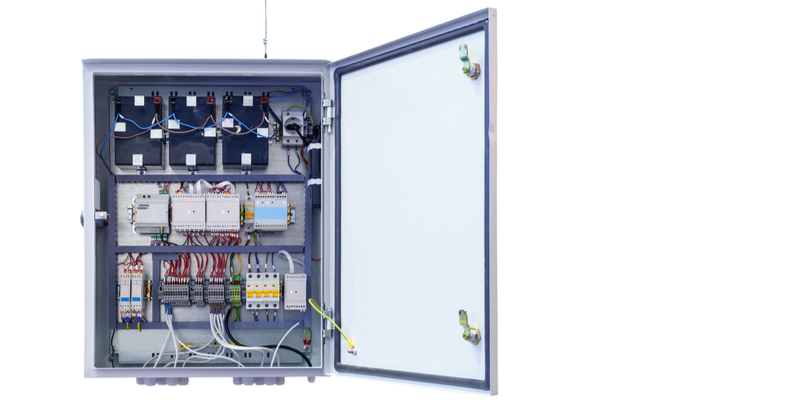 NEMA 3r enclosures for outdoor electronic installations offer more benefits today than ever before – largely including protection against the elements, while keeping your equipment safe and properly functioning.

The National Electrical Manufacturer Association (NEMA) relies on a standard rating system to define the type of environment where an electrical enclosure can be used. This rating system details a fixed enclosure’s capability to uphold and protect equipment under certain environmental conditions.

Each NEMA standard assigns a series of attributes and capabilities to that enclosure. All enclosures produced by NEMA are considered high quality, and there are many different materials, types and NEMA ratings available to fit a variety of needs.

There are different NEMA ratings you have to choose from and picking the wrong rating for a certain application can have serious consequences, such as permanent damage to electrical components. Although, investing in an enclosure that offers more protection than you need is an unnecessary expense.

First and Foremost, what is a NEMA 3r Enclosure?

NEMA’s official standards define a NEMA 3R enclosure as suitable for both indoor and outdoor use. It offers protection against a variety of elements including:

A NEMA 3r enclosure provides a good deal of protection against bad weather. That’s why they are commonly used to provide shelter to lighting, switchgear, electrical junctions, and many other outdoor applications with electrical components.

Not all NEMA 3R enclosures are going to look the same or be made from the same materials. Enclosures are offered in a variety of materials, styles, and sizes. For instance, you can get an aluminum or stainless-steel box, or a flexible polycarbonate enclosure.

NEMA 1 – To be used indoors for a protection against hazardous parts, as well as debris from falling inside of an enclosure.

NEMA 3 – To be used indoor or outdoor to provide some protection against hazardous parts and access of foreign objects like dirt or windblown dust. It also protects against moderate rain, snow and sleet, as well as ice formation

NEMA 3R – Everything outlined in NEMA 3, with additional protection from all of the above-mentioned elements.

It is important to keep in mind that too much sun exposure is not good for a NEMA 3R enclosure made from ABS plastic because it can warp due to prolonged sun exposure.

There are many pros to using NEMA 3R enclosures, depending on the specific application and material used. They are built to withstand regular weather conditions, including a good deal of rain. This is why they are often used in commercial, residential and industrial applications.

The fact that they protect equipment from water damage is the biggest benefit that they offer. NEMA 3R enclosures are intended to protect electrical equipment against rain but that doesn’t mean it can protect against the heaviest of winds and rain at all times. You can add a water-resistant gasket to a NEMA 3R enclosure for added protection against water ingress.

There are higher ratings of NEMA enclosures, although the higher the rating, the more expensive the enclosure. Cost is also influenced by the material used, as well as the style of the unit. A higher rating is typically necessary for wastewater treatment systems, marine environments, and industries where exposure to harsh chemicals is likely.