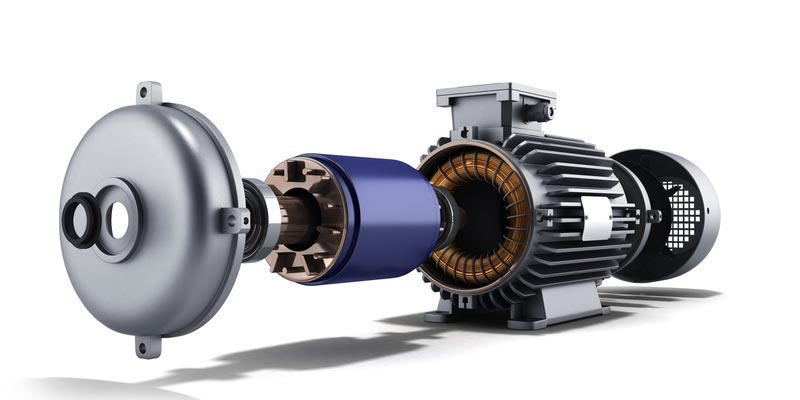 Generators are magical little boxes capable of producing a lot of power, but there’s real science behind how generators produce electricity. Fun fact: They don’t really ‘produce’ energy at all!

Generators are used to supply electrical power in so many instances, such as in an emergency, power outage or for outdoor weddings or other events that require power. There are different physical and electrical configurations for generators, making them applicable to a wide variety of uses.

Sometime between 1831 and 1832, Michael Faraday invented the modern day generator. Faraday discovered the possibility of generators when he realized that moving an electrical conductor, like an electrically charged wire, in a magnetic field causes a flow of electric charges. By creating this movement, the two ends of the wire produce different voltages. This forces the electrical charges to flow and generate an electric current.

The Technical Process: How Generators Work?

Generators work by gaining mechanical energy through an external source and then converting this energy into energy used as the output. The generator doesn’t actually create the energy it puts out, although that is a common misconception people tend to have. The generator is supplied mechanical energy from a secondary source. It then takes this energy and uses it to push the electric charges through the wire and into the external electrical circuit. Thus creating a flow of electrical charges that allow the generator to supply power.

Feeling confused? Think of it in comparison to a water pump, which generators work very similarly to. Water pumps create the flow of water necessary to maintain function without actually producing the water inside.

The Most Important Components Of A Generator

In order for a generator to work it needs all of the right working parts. The most fundamental components of a generator include:

The engine is responsible for providing the input mechanical energy to the generator. The size of a generator’s engine matches its maximum power output.

The engine will vary based upon the type of fuel used, diesel, gasoline, propane or natural gas. Smaller engines can run on gasoline, while larger generator engines typically run on diesel, propane gas, liquid propane, or natural gas.

The alternator is responsible for manufacturing the electrical output via the mechanical input supplied through the engine. There are a number of moveable and stationary parts involved in this component. All parts are encased in housing as they work together to produce movement between the magnetic and electric fields, which is ultimately how generators produce electricity.

This is responsible for regulating the output voltage of the generator. Four different components work together to complete the cyclical process known as voltage regulation. These components include:

The cycle repeats until the generator starts to generate output voltage equivalent to full capacity.

The cooling system keeps your generator from overheating. This is essential because it would get really hot otherwise. Coolant levels should be checked as frequently as every day. According to the National Electric Code (NEC), generators should be positioned with at least 3-feet of open space on all sides in order to allow adequate airflow.

The exhaust system is in charge of flushing out all of the toxic chemicals involved in generating power, of which there are a lot. Without an exhaust system, there’s no way to get rid of the exhaust gas.

The lubrication system provides lubricant to all moving parts in the engine so that it remains free moving for a long time. There is an attached pump that contains the lubrication, which should be changed after every 500 hours of operation. Check oil levels after every 8-hours of use.

The control panel is the interface of the generator where you find a number of provisions for electrical outlets and controls.

All control panels are different based upon the manufacturer, but they include things like:

-Selector switch/frequency switch and other controls

Generators are housed inside of a frame for structural support and safety.