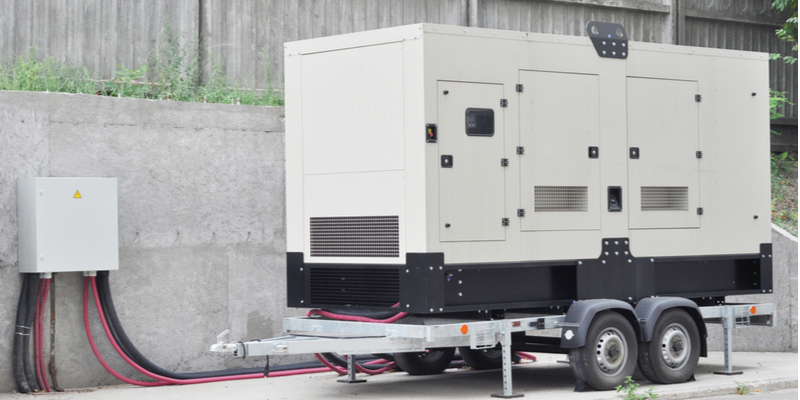 Diesel generators are gaining a large cult following, and for good reason. Diesel generators offer better fuel efficiency, tend to last longer, and are less noisy, among other benefits. Both gas and diesel powered generators will get the job done, but there are several reasons to consider utilizing a diesel generator instead of a gas generator.

5 Benefits of Using a Diesel Generator Instead of Gas

Below we have outlined some of the key benefits to using a diesel generator instead of a gas generator.

One of the most primary reasons to use a diesel generator instead of a gas generator is so that you can make the most out of the fuel that you put into it. Diesel gerneators offer better fuel efficiency than gas generators.

Imagine powering up your generator for the night only to have it run out of juice 45 minutes or so before the event ends. Then, to make things worse, you have to run to the gas station and pick up more fuel. If you use a diesel generator, you will get more run time out of each fill up. All you have to do is make sure that the tank size is large enough to accommodate your needs or the length of your event.

Since gasoline burns hotter than diesel fuel, a diesel engine will hold up better and for a longer period of time than a gas engine. This is simply because less strain is placed on the engine during use. Since diesel burns at a lower temperature than gas, it places a lot less of a workload on the generator. As a result, it typically lasts longer than a gas generator.

Looking for a small way to reduce your impact on the environment? Recent studies have asserted that diesel engines produce less CO2 emissions than their natural gas counterparts. So while you might not be able to get away from using a generator, at least you can do so without harming the environment as much.