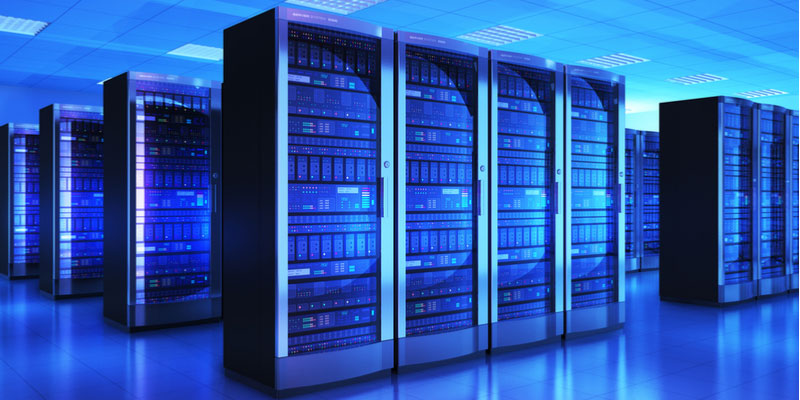 The average ambient room temperature for a server room is somewhere between 64° and 80° F. The optimal zone is between 68° and 71° F, but many server rooms are much warmer. In fact, some people keep their server rooms at over 80° F, including Google. The key is to monitor server data centers to prevent a slight uptick in temperatures or humidity from having disastrous results.

If an AC unit fails, it won’t take long for equipment and fans to overheat. Airflow and temperature sensors are crucial to detect and alert you to any issues or failures within cooling systems. They are even more important in server rooms that are kept at higher temperatures to reduce cooling costs. The higher average temperatures, the greater the risk of overheating or fire.  Adding sensors helps reduce that risk.

Sensors are commonly added to racks as well. According to the American Society of Heating, Refrigerating and Air-Conditioning Engineers (ASHRAE), each rack should be outfitted with no fewer than 6 temperature sensors. Other experts say that number can be closer to 3 sensors.

Smaller data or server rooms often go with wired sensors, while larger rooms may benefit from the addition of wireless sensors.

Server room humidity is just as important as temperature but it is commonly overlooked. Relative humidity should fall somewhere around 40% to 60% rH. If the room is too dry, it results in a buildup of static energy. On the other hand, if the room is too humid, it can lead to corrosion that damages and breaks down equipment.

Ventilation can make all the difference to a successful server room. Some tips to improve ventilation and air circulation include: