Email Us: [email protected]
Cooling Power > Industry News > Blog > What is a Distribution Panel and How Does it Work? 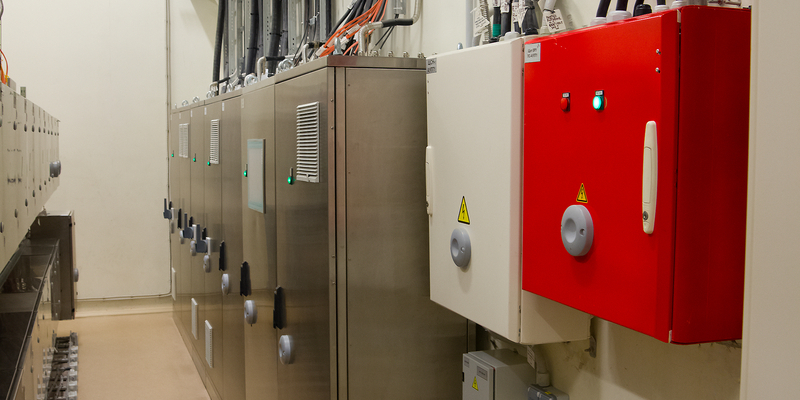 If you are providing power for a variety of different components at the same time, using a distribution panel is probably the best option to consider. You have probably seen these before – typically they are represented by a metal panel that opens up to a variety of on and off switches. This is the control panel where you can control the power for different components and locations throughout your business, or wherever the panel is installed.

To understand what a distribution panel is, there are certain features that you need to know.

What is a Distribution Panel?

Distribution panels can either be large or small. The amount of circuits depends on the needs of the location that is being powered. Below, we will cover what distribution panels are and how they work in greater detail.

Basic Functions of a Distribution Panel

As briefly mentioned, a distribution panel is the main source of a large set of electrical circuits. Distribution panels work by combining circuits from many different locations into one central hub. This allows you to access the entire electrical grid for your home from one spot.

For this reason, a distribution panel will separate each of the circuits into their own switches. This way, if you needed to shut off the power in just one location of your home you can do so without turning off the power for other areas that do need power at that time.

How a Distribution Panel Works

Electricity is typically created at a local power plant in your locality. Once created, it is sent off into the central power grid which connects to your entire city. Your building has the privilege to connect to the central grid, of course, so long as you are responsible and pay your electricity bills.

Your building also needs to have its own power grid, much how the city does. Otherwise, you would never be able to organize the use of your electricity. This is where having a distribution panel comes into play. By using one main circuit that separates into several smaller circuits, you can easily control the flow of electricity for an entire home.

When you need to shut off all the power for your home or office building for whatever reason, simply turn the main switch off. If you need to turn off the power in one room or for one major appliance, a distribution panel will typically have a separate switch for things like these. It all depends on how you wire the panel.

Need to rent a distribution panel for an upcoming event? Learn more