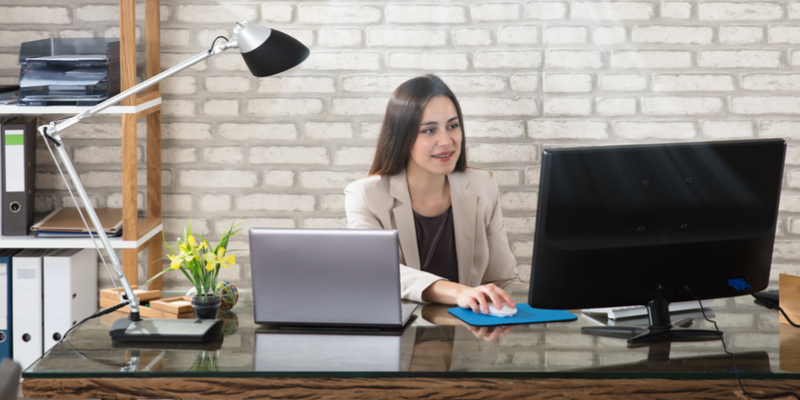 A negative air machine is a portable filtration system tasked with actively removing contaminants from the air in a sealed environment. HEPPA-filtered machines provide the highest efficiency, with 99.97%+ capture efficiency for 0.3 micron particles.

Industries and applications served by our negative air machines include:

How Does a Negative Air Machine Work?

Filtered air is transferred outside of the contained area, creating a negative air pressure or vacuum effect. The air is filtered and recirculated to reduce the spread of contaminants to surrounding areas in the same structure or building. Negative air machines can remove particles, chemicals, gases, and other contaminants from the air, thus protecting the safety of everyone involved. Unique air machines are applied based on the size and scope of a space, as well as the types of contaminants that need to be removed.

A negative air machine removes toxins and hazardous airborne materials that can otherwise create health issues for building occupants. As a result, negative air machines can help to reduce liability issues for building owners and managers. If contaminants are not removed from the space, the indoor air quality is negatively impacted. For instance, toxic gases released by sewage-borne bacteria or mold spores can negatively impact human health. In addition, machines remove airborne particles that are not as harmful to health but still reduce air quality, such as human skin cells, pet hair, dander, and dirt.

A negative air machine relies on ducting systems to eradicate particles from the air. Filtered air is pushed outside of the room or area, creating a negative air pressure that reduces the spread of contaminants.

An air scrubber operates without ducting systems and can stand alone at the center of a space. This type of machine filters and then recirculates air back into the space, thus greatly improving indoor air quality without as fancy of a setup. You can use an air scrubber as a negative air machine but this requires the addition of ductwork, sealed housing, airflow adjustment, and a variable speed blower motor.

5 Signs Your Business Could Benefit from Commercial Negative Air Machines

You are a restaurant or operate a full-service kitchen

From fishy odors to smoke, there are a lot of fumes released in the kitchen as part of the cooking process. A negative air machine helps remove everything from cooking gases to foul odors, providing a cleaner environment.

You are undergoing renovations or construction

Renovations and construction release a plethora of particles in the air. Adding an air scrubber to the environment provides a cleaner and safer space for occupants, workers, and anyone who enters the vicinity. Plus, it provides cleaner and better air to breathe—something everyone can notice and appreciate. An air machine makes it affordable to provide better quality of services.

You want to limit your liabilities

Cleaner air is less likely to raise liability issues. Air scrubbers can remove exposures long after a job is complete, limiting your legal liabilities long down the road. After all, an air scrubber provides both short term and long term benefits. Water damage or mold can cause a flurry of health issues. Thankfully, the proper air scrubber can remove these contaminants from the air. It is not uncommon for a restored structure to develop issues that are outside the scope of your work, such as a pre-existing issue related to water damage or mold. Using an air scrubber can minimize your risk of being held liable or suffering the consequences.

Your line of work releases chemicals into the air

Negative air machines are commonly used in warehouses and manufacturing plants where certain chemicals are released into the air as part of the natural work process.

Workers are reporting an increase in illness

An increase in sick workers could relate to air quality. Adding a negative air scrubber or air machine will reduce potential toxins in the air, which could correlate to less workplace illness and fewer missed days of work. Hence, why one benefit of negative air machines is greater worker productivity.

We offer a variety of negative air machines and air scrubbers for rent in Miami Lakes, FL and surrounding areas. Learn more here