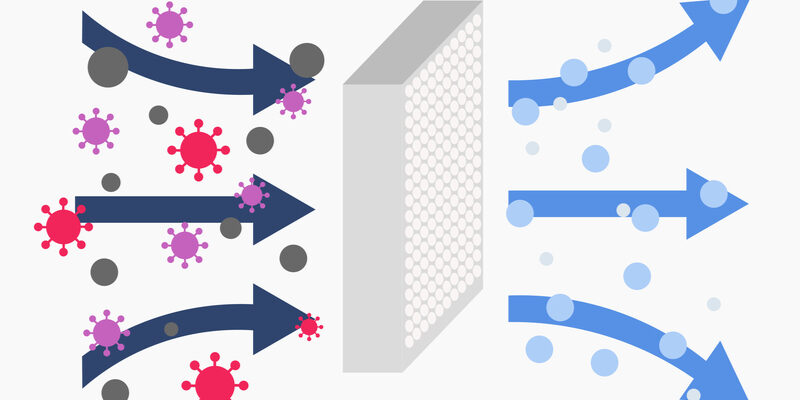 It is hard to believe that humans spend more than 90 percent of their time inside. And as difficult to believe, even more hard to grasp is the fact that inside air can be up to five times more polluted than outside air according to the EPA (Environmental Protection Agency). Inside businesses and homes, pollutants, allergens, odors, bacteria, mold, and fungal spores can abound.

In businesses and other organizations, including but not limited to educational facilities, hotels, healthcare facilities, manufacturing plants, offices, restaurants, government buildings, and corporations, as well as homes, microscopic particles, and microbes, as well as larger air contaminants are common. These pollutants and contaminants are known to have an adverse effect on occupants, make cleaning more difficult, and reduce productivity.

In recently built homes and offices, enhanced insulation, improved seals, and a reduction in porous building materials means greater energy efficiency, trapping pollutants inside and reducing the ability of fresh air to get inside. Air filters can capture larger particles but not smaller allergens and contaminants which leads to the need of for air scrubbers and purifiers for homes, businesses, and other organizations.

What Do You Know About Atoms?

At some point in school you took chemistry and learned about atoms. You may even remember that atoms are made up of protons (positive), neutrons (neutral), and electrons (negative). With an equal number of protons and electrons an atom is neutral, while an atom with more protons  is a positive ion, and one with more electrons is a negative ion. It’s coming back to you now, isn’t it? And you just remembered that atoms want to be neutral, right? Of course, you are also probably wondering what this has to do with air scrubbers and air purifiers, aren’t you? The truth is most pollutants have a positive charge, so air scrubbers and air purifiers use negative ionization to rid your home or office of these contaminants. But that is where the similarities end.

Air purifiers entrap and kill contaminants within the unit. Installed in your ductwork, your air purifier works as your air handler recirculates air it through it. The polluted air passes through the air purifier’s ionization array, resulting in polarization, capture, and destruction of the air contaminant. Next, the air travels through a MERV(Minimum Efficiency Reporting Value) filter, which captures any larger particles remaining. After several passes through the air purifier, your air will be clean and pure.

Air scrubbers are air cleaning devices which operate differently. Rather than wait for pollutants and pathogens to come to them, air scrubbers seek them out utilizing negative ionization. An air scrubber continuously produces negative ions sent out via your ductwork’s air flow system or a portable air scrubber unit, attracting contaminants too small to be captured by an air filter. Negative ions enter the air in your home or business, attracting positively charged ions (pollen, bacteria, and other allergens) and bonding with them to create larger particles which fall to the ground and are then pulled into your air handler for capture in its filter system. During your first week with an air scrubber you may notice more dust than usual as a result, but afterwards minimal dust will be the result.

What Do You Need?

Are you ready for your air scrubber? Call now, Cooling Power is ready to meet your air cleaning needs quickly and effectively.