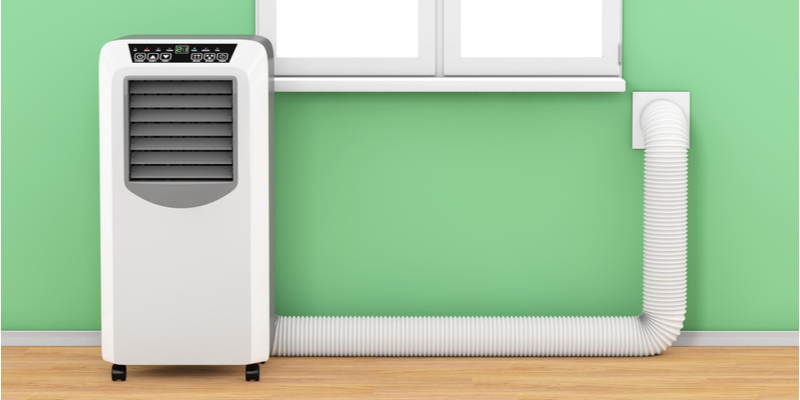 The first spot cooler was invented in Japan in the 1970s. To this day, spot coolers remain an essential piece of equipment for many different corporations, small businesses, and homeowners. Below, we are going to break down what you need to know about spot coolers. To do this, we will start off by briefly exploring their history. Then, we will look into further detail as to what these machines do, and the benefits that they have in the modern world.

Immediately following the invention of the first spot cooler, Japanese factories noticed an increase in their productivity. As a result, spot coolers soon found their way over to the United States in the 1980s. Since then, they have remained on the market and are used for various purposes.

What is a Spot Cooler?

In order to understand why spot coolers were invented in the first place, we need to look more into these models. Accordingly, we will break down below some of the most important details on these products. This will help you understand the historic problems that commanded their development.

When air conditioning units first came around in the 1930s, only the wealthy elite could afford them. It was seen as an unnecessary luxury. Even as air conditioning became more popular and common around the 1950s and 60s, the units remained very big and bulky. HVAC units also require an extensive installation process and they are not portable.  The need for portable and easy to install air conditioning units that were more customizable to a space drove the invention of spot coolers.

In contrast to the ginormous AC units that dominated the first half of the 20th century, spot coolers brought about a massive ripple effect in the industry. Their portability was what made them really stand out. With portability came the ability to easily install them for short-term purposes.

In addition to lowering the temperature, spot coolers were soon pinpointed for their ability to lower humidity levels. Many people instantly enjoyed the feeling of lower humidity.

3 Benefits of Using a Spot Cooler

With some of the history of spot coolers out of the way, let’s go ahead and look further into why these models are beneficial in the modern world.

#1. Great for Rooms with Electronics

Spot coolers are generally very easy to ship on site and install. This makes them great for those who seek to rent an air conditioning system for a temporary or seasonal solution. Somebody that knows what they are doing can usually install a spot cooler on-site in less than an hour. In fact, some spot coolers are so easy to install just about anyone can do it with a little instruction. Usually, the hardest part is transporting it to the site. Once it’s on site, all you need to do is plug it in and configure all the parts to suit your needs.

Imagine having a live event with lots of people in a place like Florida during the month of June. One of the first words we can use to describe this sort of event is “hot.” Therefore, many event coordinators will include funds for a spot cooler in their budget to keep their guests comfortable.

Need to Rent a Spot Cooler in South Florida? Cooling Power has you covered with affordable spot coolers for rent. Learn more